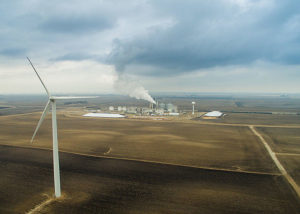 Officials with Green Plains Renewable Energy are rejecting a Reuters report this week claiming the company is shutting down a pair of Iowa ethanol plants in Kossuth and Dickinson counties. Jim Stark is Vice President of Media Relations for Green Plains.

“We are not closing any ethanol plants,” Stark says. The Reuters report on Monday cited unidentified sources that two plants, in Lakota (luh-KOHT-uh) and Superior, would be closed due to low ethanol demand. Stark says production in Superior is on hold, but the plant’s 46 workers are still there.

“We flex our production capacity up and down depending on market conditions and right now market conditions are not favorable,” Stark says. The Lakota plant is still producing ethanol, according to Stark. Green Plains CEO Todd Becker says ethanol futures prices have dropped to a 13-year low. Becker places part of the blame on RFS waivers granted to oil refineries – cutting ethanol demand.

“Without a doubt, there was demand destruction from the refinery waivers,” Becker said. Becker also cited the trade dispute with China and a lack of federal action on allowing year-round use of E15 for the decline in ethanol demand. Green Plains owns 17 ethanol plants with a production capacity of about 1.5 billion gallons. The Omaha-based company ranks among the top five ethanol producers in the United States.