You are here: Home / News / Fiber optics project takes another step ahead in Charles City 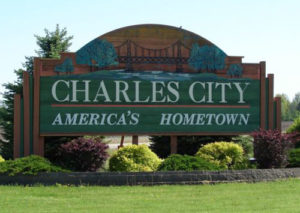 Charles City leaders are moving forward with the next big step in a near $12 million fiber optics project to carry broadband internet, TV and telephones into homes and businesses.

City administrator Steve Diers says this move will cost $380,000 to craft a business plan and map the proposed project. Diers says, “They actually come to town, measure and lay everything out to see how close we are to that project estimate of $11.5 million.” The city plans to assess the project cost as a utility, forcing the city to foot the bill at the beginning.

Diers says they hope the project will be paid off in good time. “We’re creating that utility and basing it off revenues that we don’t have yet,” Diers says. “So, based on that perceived risk, the feasibility study says it pays back very quickly, on that perceived risk, it’s still a utility that doesn’t exist.” Ground could be broken as soon as next spring. Charles City Mayor Dean Andrews says the project should spark economic development.

“The discussion of connectivity and broadband capabilities was brought up at several different sessions,” Mayor Andrews says. “Statewide, this is considered a very important thing to have access to.” The project calls for more than 332,000 feet or roughly 63 miles of fiber optic cable to make the high-speed internet, telephone and TV accessible for area homes and businesses.