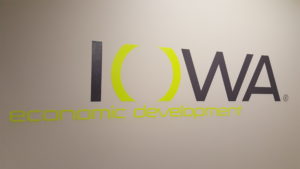 IEDA spokesperson Jacque Matsen says the biggest project involves a Hormel Foods plant in Nevada. “They’re nearly doubling the size of their (facility) there with a 200,000-square-foot addition,” Matsen said. The project, awarded $10.5 million in state tax incentives, is expected to create 210 jobs.

The plant in Nevada, which manufactures fully cooked meat products, already has over 300 employees. The expansion project carries a $150 million price tag and is slated for completion in 2021.

The IEDA Board awarded $176,000 in direct financial assistance, as well as tax benefits, to M.H. Eby in Story City. “They’re planning an expansion that is going create an additional 64 jobs, which is pretty significant considering they have just over 100 jobs at their location currently,” Matsen said. M.H. Eby was founded in 1938 and manufactures aluminum truck bodies and livestock trailers.

The board also awarded $2.1 million in tax benefits to 3M Company for renovations to its facility in Ames. According to Matsen, the nearly $30 million project is expected to create 16 jobs with a pay level of at least $26.11 an hour.

Four startup projects – two planned in Ames and two more planned in Ottumwa and Des Moines – were also awarded loans by the IEDA Board.