You are here: Home / Business / Plastic molding business in Monticello to close 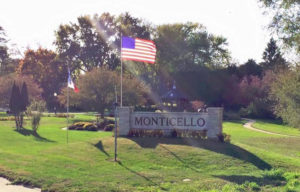 A manufacturing business in the Eastern Iowa town of Monticello will be closing soon, leaving about 70 people without a job.

Monticello City Administrator Doug Herman says MedPlast has been in operation in the city for over four decades. “Typically, MedPlast employed between 70 and 100. The employees at this facility, the great majority, live within a 30-mile radius of Monticello,” Herman said. MedPlast is a plastic injection molding operation.

Earlier this year, MedPlast was renamed Viant after the company – based in Massachusetts – acquired a medical supply business. Herman is optimistic that the MedPlast workers will be able to stay in the area. “The only positive you might be able to find is we have many other manufacturers in town who are hiring,” Herman said. “So, I think a number of folks who will be losing their jobs at MedPlast will have many other local opportunities.”

Another plastic molding business in Monticello, Orbis Manufacturing, recently expanded and could be adding to its workforce soon. The MedPlast facility in Monticello is scheduled to close in mid-November. Herman said he and many others tried to work with Viant officials to keep the plant open, but they weren’t interested in doing so.

“We did our best, in my opinion,” Herman said. MedPlast is housed in Monticello’s Industrial Park. Herman said several local companies have already expressed interest in moving in to the building when MedPlast is closed.