You are here: Home / News / Nearly 57 percent of newly-registered Iowa voters are Millennials or from Gen Z 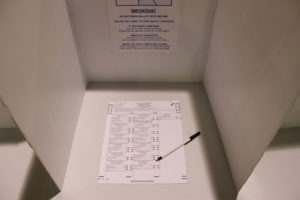 A new report concludes a majority of newly-registered voters in Iowa are under the age of 30 and the percentage is increasing.

According to NextGen Rising, a group created and financed by a California billionaire, nearly 57 percent of Iowans who’ve registered to vote in the past nine months are either Millennials or part of Generation Z.

Ben Wessel, the director of NextGen Rising, said the mass shooting at Florida’s Parkland High School on Valentine’s Day seems to have been a factor in boosting voter registration among young Americans.

“With almost 70 million young people eligible to vote this cycle, we know that young people have the potential to swing elections,” Wessel said during a conference call, “and that’s both those high school-aged folks that have been mobilized post-Parkland, the college folks who are always sporadic voters in these midterm elections and also non-student young people who can help make the difference.”

Paid NextGen staffers have been working on 32 Iowa college and university campuses this year.

According to NextGen, its paid staff in Iowa have helped more than 11,500 young Iowans register to vote this year.