You are here: Home / News / Many cities set rainfall records in September 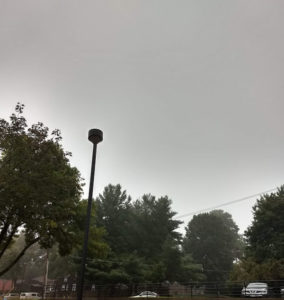 October starts with another rainy day.

Many Iowans turning their calendars to October today are hoping this month will be much drier than September.

State Climatologist Justin Glisan says several cities recorded their wettest-ever September. “In fact, the Waterloo Airport record their wettest month on record of any month. They had about 13.3 inches of precipitation,” Glisan said. Statewide, on average, Iowa received around 7.8 inches of rainfall in September. That’s about 4.5 inches above normal for the month.

“Looking at the observational records…we’re looking at probably the third-wettest September on record,” Glisan said. The northeast corner of Iowa received the most rain, about 12 inches above normal for September. Although the end of the month was cold, there were also some very warm temperatures posted across the state over the month.

“We had high temperatures in the southern part of the state anywhere from 18-to-20 degrees above average,” Glisan said. The statewide average temperature in September was 66 degrees, about three-degrees warmer than normal. There was a 66-degree swing between the highest and lowest temps recorded around the state.

“On September 18, the maximum temperature for the month was 96-degrees in Williamsburg,” Glisan said. “On September 30, we had the lowest temperature recorded across the state, in three places – Cresco, Fayette, and Stanley.” According to Glisan, Iowa posted above average temperatures on 17 of the 30 days in September.