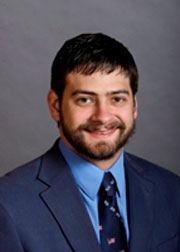 The executive director of a family resource center in Clarion says the opening of the Prestage Foods pork processing plant in Eagle Grove in the next few months is going to stretch the already thin child care availability in three counties.

McKinley Bailey is the executive director of Building Families Early Childhood Area and says the plant is expected to add one-thousand new jobs. “We don’t have enough room in quality child care settings to take care of all of the kids in the area,” Bailey says, “and so, when we have hundreds of new families and children move in — we are going to be in a real bind.” Bailey says the shortage of quality child care providers could reach a crisis. His organization is trying to help by providing consultants to child care providers, and some monetary help.

“We provide wage support. So, we can do two bonuses a year to child care providers who have some college education. And we can do an even higher bonus if that education is in early childhood development,” Bailey says. They plan to announce a grant program in November that would also help providers.

“It will be looking to help child care providers purchase equipment that they need, purchase educational curriculum that they need –or make some improvements to their homes or centers that could increase capacity,” according to Bailey. He says they are concerned that the wages in Hamilton, Humboldt and Wright Counties are not enough for the child care workers.

“It’s a huge problem. Most of our child care centers in our area will start a new worker out at around eight dollars, eight dollars and fifty cents an hour maybe,” Bailey says. “And right now you can start at Quicktrip for $11.60  an hour, you can start at McDonald’s for $11 an hour. So, we are in this ridiculous situation.” Bailey is a former Iowa state representative. The Prestage plant will begin operations by early next year.