You are here: Home / Health / Medicine / Mosquito and West Nile threat not yet over 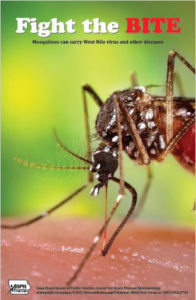 Temperatures have cooled in recent weeks, but a spokesperson for the Iowa Department of Public Health says that isn’t enough yet to slow down all mosquito activity.

There’s been an increase in cases of the West Nile Virus virus in Iowa this year and Deputy State Epidemiologist Anne Garvey says you shouldn’t let up on protecting yourself. “I know as we get into the fall weather we kind of forget about the sunscreen and the mosquito repellent. It’s important to continue to use that as we’re outside,” Garvey says.

This year’s summer flooding and increase in mosquitoes may be a contributing factor in the increase in West Nile Cases. But Doctor Garvey says, most people that become infected don’t even know it. While others could contract another more severe disease — such as hepatitis. With meningitis you can get a fever, severe headache and a stiff neck.

“There can be a lot of different causes of meningitis. If you are ever having those types of symptoms you need to call your health care provider right away and seek care,” Garvey says. “Because in some situations it might be a bacterial cause and you might need specific treatment. And so it is important that you are seeking health care right away if you are having those types of severe symptoms.”

Doctor Garvey says if you are in an area that has been getting a lot of rain, you should continue to take steps to try and hamper areas where mosquitoes can breed. “Dumping out standing water — like in bird baths or buckets — or anything that’s collecting water where mosquitoes might be able to breed,” according to Garvey. “And also making sure you are taking care of those screens to keep mosquitoes out of your home.”

The mosquito danger in Iowa does not end until after the first hard frost. West Nile was first identified in Iowa during 2002 and cases of the virus this year have hit the second highest number of infections recorded in the state. The highest total reported was in 2003 when Iowa had 147 cases.