You are here: Home / News / Fareway employees say goodbye to the tie 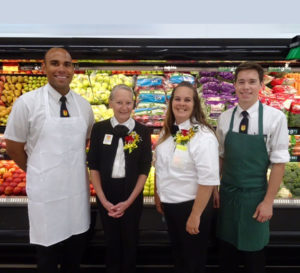 The Boone-based Fareway grocery store chain has made a change to its iconic employee uniform — going away from the white shirt and black tie with the Fareway logo on it.

Company spokesperson Emily Toribio says the uniform change is part of their 80th anniversary refresh that saw an updated logo. “Making sure that our employees feel comfortable, yet professional, and then even as a recruitment tool as well, we are going for general staff to the red polos,” Toribio.

Toribio says the old look isn’t completely going away. “Our management personnel will still be in white shirts and ties,” Toribio says. “Not necessarily the black Fareway ties in all circumstances, but they’ll be able to do a tie of choice.” She says the employees like the change to the polo shirts. 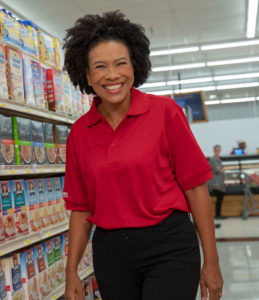 “The ties were nice in the sense that they were consistent ties — so you didn’t have to worry about knotting your tie perfect and having at the right lengths and what not,” according to Toribio. “But I think that loosening up that top button with something like a polo will allow employees added comfort. Especially as they do the heavy lifting in the stores and stocking and those sorts of things. Those white shirts, they get dirty pretty quickly.”

Toribio says they will probably have some other changes moving forward. But she says don’t expect a change in their long-standing policy of closing on Sundays. “No Sunday change at this point,” Toribio says with a laugh. Fareway is one of the few stores that is not open on Sundays.