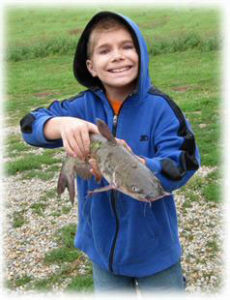 A memorial service is scheduled in La Porte City this weekend to remember a 16-year-old autistic boy whose disappearance in April triggered a massive four-month search that involved hundreds of volunteers and dozens of law enforcement agencies.

A service of remembrance to honor Jake Wilson will be held at 2 p.m. Sunday in the Union High School gymnasium. A press release from La Porte City Police Chief Chris Brecher says the public is invited to gather before the service at 12:30 for condolences and to share their memories with one another. Jake’s family is hoping that those who helped with the search will be able to attend.

Jake went missing on April 7th when he went for a walk to nearby Wolf Creek and didn’t return home. In the days and weeks that followed, volunteers combed nearly 255 square miles around La Porte City, but their search failed to turn up any clues in his disappearance. The search for Jake ended week of August 12th, when kayakers found his remains in Wolf Creek, about a mile downstream from La Porte City.