You are here: Home / Sports / Freshman Purdy leads Iowa State to a win at Oklahoma State 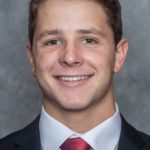 Freshman quarterback Brock Purdy had a huge day and Iowa State got in the win column in Big-12 play. Purdy came in for starter Zeb Noland and passed for 318 yards and four touchdowns and added 84 yards if rushing and a score in a 48-42 win at Oklahoma State.

“Zeb has done a really good job for this football team and I though his leadership was incredible”, said Cyclone coach Matt Campbell. “We told Brock he would play the second series and we would see what would happen from there. I just felt like there were things he could open up for us and I thought he did a really good job.”

Purdy finished the game by completing 18-of-23 attempts for 318 yards and four touchdowns and toted the rock 19 times for 84 yards and one touchdown. It was the fifth 300-yard passing game by a freshman in school history.

The Cyclones are 2-3 overall and will host unbeaten and sixth ranked West Virginia on Saturday.