You are here: Home / Crime / Courts / Man wanted for murder in Council Bluffs turns himself in 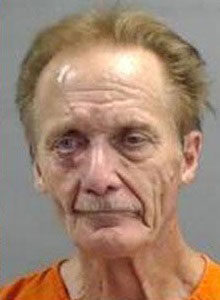 The man who was wanted in a fatal shooting Sunday evening in Council Bluffs is now in jail.

Council Bluffs Police say 69-year-old Kenneth Still turned himself in at the Pottawattamie County Courthouse on Monday. He’s charged with first-degree murder for the shooting death of 21-year-old Devon Theisen of Council Bluffs. Investigators say Still shot Theisen in the head following an argument on the front porch of home at 127 Park Avenue around 7 p.m. Sunday and then left the area in a vehicle.

Still is also charged with being a felon in possession of a firearm. His next court appearance is scheduled for October 18.