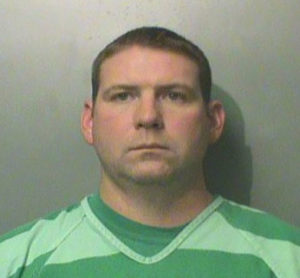 A former police officer in central Iowa is accused of taking methamphetamine from an evidence locker.

Thirty-nine-year-old Joshua Copeland resigned from his job with the Altoona Police Department in late April. Records show he resigned “in lieu of termination.” On Monday, Copeland was charged with felony counts of felonious misconduct in office, forgery, and possession of a controlled substance.

According to court documents, Altoona Police accuse Copeland of taking pills seized in a drug investigation and replacing them with over-the-counter medications. Investigators say they found methamphetamine in Copeland’s police car and he tested positive for meth use.

Copeland worked as a police officer for the City of Altoona for just over nine years.