You are here: Home / Sports / No. 1 Morningside set to clash with No. 3 Northwestern

Orange City hosts an NAIA showdown on Saturday as third ranked Northwestern hosts top ranked Morningside. Both teams enter unbeaten and the winner is on the doorstep of a Great Plains Athletic Conference championship.

“They would have to lose two of their last three games to not win the conference”, said Morningside coach Steve Ryan. “If they can win out they will have home field advantage throughout the playoffs because they will be ranked in the top two.”

The Mustangs are averaging more than 630 yards of offense per game and have topped the 60 point mark four times in their last five games. Northwestern coach Matt McCarty says it will take great team defense to slow down Morningside. 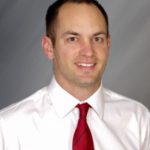 Both teams are 5-0 in conference play with the Red Raiders owning a 6-0 record and Morningside coming in with a perfect 7-0 mark.