You are here: Home / Fires/Accidents/Disasters / Iowa soldier dies in swimming accident in Cuba 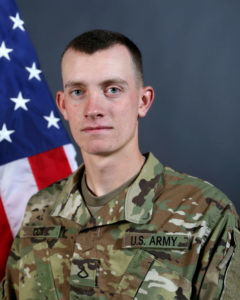 The Iowa National Guard reports a soldier has died in a swimming accident.

Cox was born in Des Moines and was home schooled. He enlisted in the Iowa Army National Guard on October 11, 2017 and was a Military Police Soldier with the 186th MP Company. He deployed to Cuba in July, 2018. Funeral arrangements are pending.