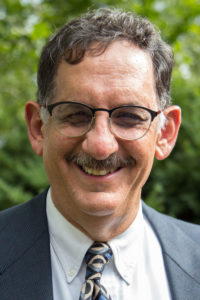 Iowans are being bombarded with campaign ads in the most expensive election to date. Jay Newell, a professor of advertising at Iowa State University, says more money is being spent on television ads during this 2018 midterm election than even the 2016 presidential election.

More than six-million dollars is being spent on ads just in the governor’s race. Newell says ads for the 2016 Iowa Caucuses started early in 2015 and ran nearly a full year. “In Des Moines, there was something like $20 million of advertising, that’s a colossal amount,” Newell says. “In comparison, Hy-Vee, which is the largest advertiser in the state, spends about $4 million a year. Statewide, it was the equivalent of ten Hy-Vee chains opening all at once.”

An ISU study of political advertising during the 2016 Iowa Caucuses showed the candidates who spent more on television advertising generally received more support on caucus night, but spending does not guarantee a win.

“Certainly, there is a relationship in that the more popular the candidate, the more access they might have to funding,” Newell says. “That’s going to result in advertising but that advertising may not result in voting behavior.”

Republican Jeb Bush spent more than $9 million during the 2016 Caucus season, the second-biggest advertiser, but only won about three-percent of the vote. The top spender, Marco Rubio shelled out slightly more than Bush — around $9.2 million — and still placed third, behind Ted Cruz and Donald Trump.