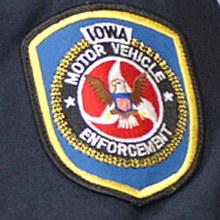 The Iowa Supreme Court has upheld a ruling that throws out speeding tickets issued by state motor vehicle officers.

Two drivers who were traveling on Interstate 35 in Warren County were given speeding tickets by Motor Vehicle Enforcement officers in separate traffic stops in September of 2016.

The Iowa Legislature updated the law in 2017, but the ruling will still impact thousands of tickets issued before the change.