You are here: Home / Agriculture / Farmers fired up the combines as skies cleared, made progress in harvest 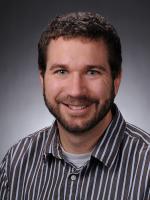 The U.S.D.A. crop report released Monday shows 29% of Iowa’s corn is out of the ground and 37% of the state’s soybeans are harvested. The corn harvest figure increased from 17% a week ago, while the soybean harvest jumped from 19%.

Iowa State University Extension plant pathologist Daren Mueller says the wet weather in September and early October has resulted in reports of poor seed quality in soybeans. “Most fungi like moisture to grow and obviously the rains provided that,” Mueller says. “We’ve received a lot of calls on seed decay and other reports of discolored seeds, and I think this is either frog-eye leaf spot or cercospora leaf blight.”

The new U.S.D.A. report rates 65% of Iowa’s soybeans in good-to-excellent condition and 35% between very poor and fair condition. Mueller says some farmers are reporting pod shatter in soybeans.

“Definitely that, and we’re also getting reports of seeds starting to germinate – both in corn and soybeans,” Mueller said. “I would say, in soybeans, having pods shatter would be the tricky thing (if) you’re not able to get into that field.” Sixty-eight-percent of Iowa’s corn is rated in good-to-excellent condition.

The U.S.D.A. report notes the state’s corn harvest is three days ahead of last year, but four days behind the five-year average. Iowa’s soybean harvest is 12 days behind average and it’s also the smallest percentage of the crop harvested by October 21st since 1985.