You are here: Home / Health / Medicine / University of Iowa study finds age of physician assistants could lead to shortage 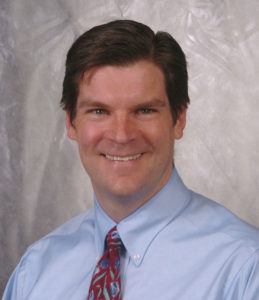 Tom Gruca, a U-I professor of marketing at the Tippie College of Business, says a recent survey found more than 870 PAs on duty in Iowa, but of those, 485 are at least 50 years old. “We could lose up to 30% of our existing PA workforce in the next 15 years just through retirement and not through attrition, people moving on to other states, leaving the profession, moving into administration,” Gruca says. “Just looking at the aging of the workforce, it’s a bit of a concern, especially how the workforce is used here in Iowa.”

There are four schools in Iowa training P-As, at: the U-I, Des Moines University, the University of Dubuque and St. Ambrose University in Davenport. The study found Iowa’s PA population is rising three to four-percent each year, but Gruca says those numbers will start to shift downward as more PAs near retirement age.

“As they get older and they’re going to have to replace people in rural areas, in areas where they might be the only provider, or they’re dealing with challenging populations,” Gruca says, “and because of that, those are going to be more difficult placements than you might find in working in a city hospital.”

PAs are medical professionals who diagnose illness, develop and manage treatment plans, prescribe medications and often serve as the patient’s health care provider. In Iowa, PAs help to fill a gap created by a shortage of MDs and Gruca says PAs are especially vital in rural Iowa.

“Only a fairly small proportion actually practice in hospitals,” Gruca says. “A lot of them practice in community clinics, physicians’ offices, they can practice on their own, so long as there’s regular supervision by a physician.” About 30-percent of Iowa’s PA workforce practices in rural areas, compared to 15% nationwide.

Also, Gruca says a higher proportion of Iowa’s PAs practice in primary care, about 56%, compared to the nation as a whole at 30%. Gruca’s study, “The Workforce Trends of Physician Assistants in Iowa (1995-2015),” was published in the October 2018 edition of the journal PLOS ONE.

(Photo courtesy of the University of Iowa)