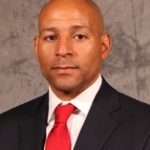 Two the three teams tied at the top of the American Rivers Conference race meet in Indianola on Saturday when Simpson hosts Dubuque. Both teams are 5-1 in conference play and control their own destiny. With wins in the final two games Simpson will clinch at least a share of the league title and the automatic berth into the Division III playoffs.

“It is fun to be playing meaningful games at the end of October and into November and to be in a position to play for an American Rivers Conference championship and a spot in the playoffs”, said Simpson coach Matt Jeter.

Both teams feature a balanced attack on offense and Jeter says a key may be which one can establish the ground game.

“That and explosive plays”, added Jeter. “When you look at Dubuque over the past few weeks they have been the most explosive team in the conference.”

Dubuque has won four straight and with wins in the final two games would claim the league title outright.

The weather could play a factor. The forecast calls for rain all afternoon. 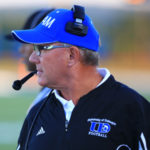 “Sometimes you have to catch the ball into the body and you surely have to secure the ball on running plays”, said Dubuque coach Stan Zweifel. “What you have got to do is figure out what you can do the best and not let the rain be a major factor because both of us have to play in it.”

Wartburg is the third team part of the tie at the top. The Knights host arch rival Luther before closing out the regular season with a visit to Dubuque.