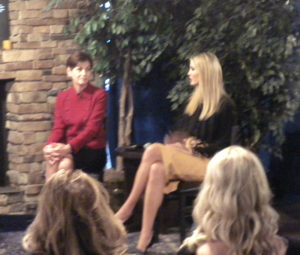 Ivanka Trump, the daughter and a senior advisor to President Donald Trump made a campaign stop at a business in West Des Moines for Republican Governor Kim Reynolds today.

Trump spoke to an invitation only crowd of around 100, and talked about the relationship she and the administration have with Reynolds. “You are never shy about your opinions and perspective and it really informs policy. And that’s important, that’s exactly what we want,” Trump says. “The states are the ultimate laboratories in innovation in our country. So, the more I travel, the more I get out into the states, the more I see the best in class examples of what’s working — the better equipped we are to make the right decisions back in Washington.”

Trump says the decision on the year-round sale of E-15 is one prime example of how they learned from Iowa. She also spoke about the economy and the new numbers out today.

“We have no job losses in any industry, which is almost unprecedented. So across the spectrum of industries jobs have either seen growth or stayed steady. At 3.7%, 3.7%, this is the lowest unemployment rate since 1969,” Trump says. Reynolds pointed out that Iowa has the second lowest unemployment rate in the country. It is the third trip to Iowa for Ivanka Trump and Reynolds also credited Trump and the administration for listening to the states. 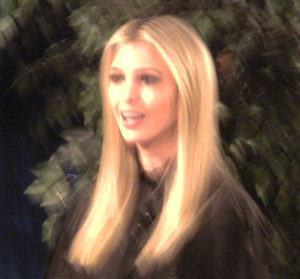 “They invite us to Washington, D.C. to sit around the table and figure out how we can move this forward and collectively get the things done that we want,” Reynolds says. Reynolds says giving input to the administration is important.

“I appreciate that so, so much, and I know my colleagues across this country, other governors also reiterate that without hesitation. And I appreciate that,” Reynolds says. Trump touched on another issue that has been the focus of Iowans — saying the new trade agreement with Mexico and Canada will have an impact on the state.

“It is really right and it is really better, so this is going to have a tremendous impact on Iowa,” Trump says, “so USMCA was just really a high moment for us as an administration in terms of creating better trade deals, fair and reciprocal trade deals.” The two talked for about an hour and wrapped up with a call for everyone to get out and vote on Tuesday.

The Iowa Democrat Party put out a news release in response to Ivanka Trump’s visit. It says “Governor Kim Reynolds knows her campaign is in a tailspin and called in reinforcements to prop up her campaign just four days out from election day. Ivanka Trump is coming to town on Friday to bail out Reynolds and try to make up for the campaign’s lack of vision or record to run on.”