You are here: Home / News / Ranking puts 7 Iowa cities among the best 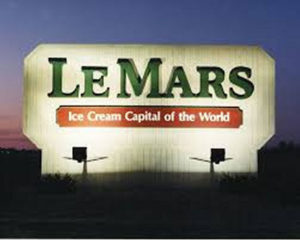 Seven Iowa communities are ranked among the “50 Best Mid-Size Cities to Live In,” according to USA Today, and one northwest Iowa city is in the top ten. Attributes include things like safe streets, available jobs, transportation options and cultural attractions.

Le Mars is listed as number-seven and Mayor Dick Kirchoff calls it a “high honor” for the community. He says the report specifically mentions affordable housing rates as a major factor for Le Mars’ high ranking.

Kirchoff says, “Housing is particularly inexpensive with the typical household spending about $8,124 a year, about 4,000 less than the average annual housing cost nationwide.” The mayor predicts Le Mars’ high ranking may help with the town’s economic development plans, though he says their biggest obstacle is finding people to fill jobs.

“One of our challenges is to get enough workforce personnel, particularly our industries, for them to be able to expand and do what they want to,” Kirchoff says. Hand-in-hand with workforce shortage issues are housing shortage issues, and the mayor says they’re working on that.

“Just within this last year, we were fortunate enough to find developers and our local builders to put up 91 apartments or townhouses,” he says, “and we built about 19 or 20 brand new homes here in town.” Most of those new dwellings are already filled, he says, with 85-percent of the residents being new in town. Other smaller Iowa cities on the USA Today “Best” list include: Carroll at #11, Johnston at #22, Pella at #23, Spencer at #29, North Liberty at #39 and Storm Lake at #47. Overall, the top three towns listed are: Perryton, Texas at #3, Mandan, North Dakota at #2, and West University Place, Texas at #1.