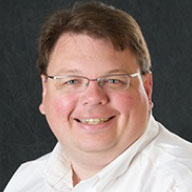 Imagine getting one flu shot and having it last you the rest of your life, no boosters needed.

That’s the eventual goal of researchers at the University of Iowa who are working with the National Institutes of Health to develop what they call a “universal” flu shot. Kevin Legge, a U-I pathology professor, says they’re working in stages and are trying to perfect a multi-year flu shot first.

“Ultimately, we would love to have a vaccine that would protect one shot and you’d never need to be vaccinated again, but this virus does mutate very rapidly,” Legge says. “Getting protection that would last three-to-five years is really the goal right now by the NIH for universal protection.” Every flu season brings a new set of circulating flu strains, which means the seasonal vaccine we have now is only good for one year. The universal vaccine would be good for multiple strains over multiple years. So far, he says the vaccine was able to protect mice from multiple strains of flu.

“We’ve been able to show it in a couple of different preclinical models,” Legge says. “The next step, this is a nasal-based vaccination, is to make sure it’s safe and effective and continues to perform the way we were seeing it perform. Clearing all of those safety hurdles will probably take at least another five years.” While it’s being referred to as a vaccine, which many of us associate with getting stuck in the arm by a syringe, Legge says this medicine would be inhaled.

“More and more people are not fans of needles so having a nasal-based vaccination gets us away from needles, but the other thing it would do, it would prime the immune response to be resident within the tissue where the virus shows up,” Legge says. “So, you’d have immunity already in your lungs and nasal passages. Think of it like having somebody right there at the gateway ready to fight the virus when it shows up.”

The U-I researchers are working in collaboration with colleagues at Iowa State University. Legge notes, the universal flu vaccine is based on nanoparticle technology which could help protect against new, emerging flu strains that have the potential to cause a pandemic. Last flu season, there were 272 flu-related deaths in Iowa. Progress on the vaccine is being published in the journal Frontiers in Immunology: