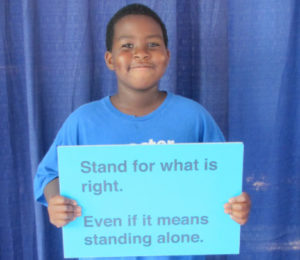 The Robert D. Ray and Billie Ray Center is promoting a campaign of respect on social media.

With Election Day tomorrow, Iowans are being reminded about the importance of civility as we reach the end of a long political season.

Scott Raecker is director of the Robert D. and Billie Ray Center at Drake University in Des Moines. The center is sponsoring the “Show Some Respect” campaign which urges people to be kind and think before speaking out, especially on social media.

“One of the things we suggest is being honest with ourselves and with others, both with the information we get and distribute, making sure it’s from a reliable source,” Raecker says. “There’s a lot of stuff out there that may not be factually correct. We have a responsibility and accountability of only passing on things and working on things we know.”

While it’s easy to get into a war of words on Facebook with people who hold differing opinions, strive to be tolerant of other’s points of view. “Quite candidly, there’s probably only a handful of people who haven’t decided who they’ll be voting for and we may not change people’s minds,” Raecker says. “Respect people and their opinions. They’re passionate about their pieces just as I am about mine — and seek to understand.” Also, do your best to not launch into a political argument if you know it may hurt someone’s feelings.