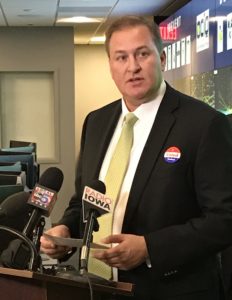 More than 529,000 Iowans cast “early” votes before the polls opened this Election Day. That’s an early voting record for a non-presidential year. It’s 54,000 more early votes cast in 2014. The data comes from the Iowa Secretary of State’s office.

Jeff Franklin — chief information officer for the State of Iowa — said his agency has trained more than a thousand county officials about election security. Now, he’s urging voters to be wary.

“The public should disregard any email, text or social media post that discourages or misleads you about where, when and how to vote,” Franklin said late this morning. “Check official sources for information. The official website for voting information is www.sos.iowa.gov.”

“Today we will be monitoring cyber activities around the state for any escalation in cyber attacks,” he said. “Some of these could include misinformation about voting locations, the voting process or results; misleading phishing emails, texts or social media; or any attempt of unauthorized access to government systems.” 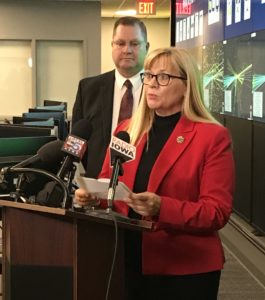 “And we stand ready, with our partners, to act if necessary,” she said.

State officials say they’ve seen “nothing out of the ordinary” today in terms of election security.