You are here: Home / Health / Medicine / Antifreeze is good for your car, deadly for your body 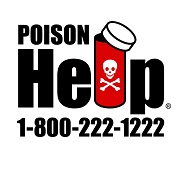 Iowans who are prepping their cars for winter may top off the antifreeze level in their engine, but the experts at the Iowa Poison Control Center remind, be careful with those chemicals.

Registered Nurse Jean Hammack says antifreeze comes in an array of colors, including green, blue, pink and green, but all of them are hazardous if swallowed.

“That usually contains ethylene glycol which is highly toxic to the kidney and the lung,” Hammack says. “The other one we get concerned about is windshield wiper solution. That is often a blue color and contains a chemical called methanol which is also highly toxic, primarily to the retina in the eye.”

It’s best to leave antifreeze and wiper solution in the original gallon bottles, she says. After using part of the product, don’t transfer it to a smaller bottle, especially one that once contained juice or a sports drink.

“It looks very similar to the blue-colored juices like Gatorade products,” she says. “If it’s sitting out in the garage and a little one comes along and little animals, little pets come along, yes, we do get a fair number of calls and it is highly toxic.”

Because of the color and sweet taste, children often mistake these chemicals for drinks, while pets may lick up spilled fluid from the floor.