You are here: Home / News / Axne says voters elected her to ‘bust through’ DC gridlock 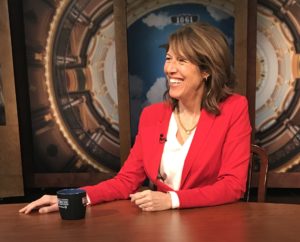 “I truly believe that people are frustrated with what’s happening out in Washington. Decisions aren’t being made. There’s gridlock and I think that they want to send somebody out there who they believe can bust through that,” Axne says.

Axne, a Democrat, won populous Polk County, but lost the 15 other counties in the district, and wound up finishing about 5,000 votes ahead of Republican Congressman David Young.

“I’m going to reach out as much as possible to ensure that every single person in this district understands that I’m supporting them,” Axne says. “I’ve already said I want to sit down with Congressman Young so we can make sure that we can pass on a seamless transition. We’re already planning a 16-county tour before I head out to Washington.”

Axne and Congresswoman-elect Abby Finkenauer of Dubuque are the first two women Iowans have elected to the U.S. House. Axne suggests being a female candidate was an advantage in 2018.

“I think it really was about women stepping up to the table and saying: ‘We want to make sure our voices are heard out in Washington,'” Axne says. “Certainly, we believe that a lot of this election, for me, was won on suburban women and swing voters and I’m really grateful for that.”

Iowa had never elected a woman to federal office before Joni Ernst won her U.S. Senate race in 2014. It means in January, after Axne and Finkenauer are sworn into office, half of Iowa’s six-member congressional delegation will be female.

“Those numbers sure sound pretty good to me. It’s about time,” Axne says.

Axne made her comments during taping of Iowa Public Television’s “Iowa Press” program that will air this weekend. The program is already available online.