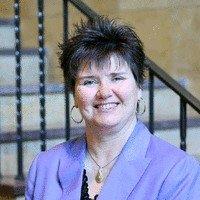 Habitat for Humanity is creating a new mobile response team in Iowa. The Iowa Finance Authority has committed $100,000 to the unit.

“It can be used for labor,” IFA interim executive director Carolann Jensen says. “When they start such a team they’ll need some of those hard costs, like a truck, trailer and tools — so they can be ready, when needed.”

“They’re hoping that between the volunteers and this group, they’ll be able to more quickly address the needs of those homeowners in Marshalltown,” Jensen says.

Some of the Marshalltown homes that were hit were being purchased on contract and Jensen says that creates legal entanglements that make it more difficult to secure traditional financing for repairs. Many other low-income Marshalltown residents had no insurance.

“This is definitely a unique disaster considering it’s a tornado, which is different than a flood because lots of times with a tornado we have much higher percentage of insurance involved,” Jensen says. “This seemed to hit less (financially) able citizens the most and it’s just left a lot of things in jeopardy, especially with winter coming on.”

The tornado struck Marshalltown on July 19th. Officials say more than 900 homes were damaged in some way by the tornado. About 60 home were significantly damaged or completely destroyed. A construction manager will work with ten AmeriCorps members on Habitat for Humanity’s new Iowa-based mobile response team in Marshalltown.

Jensen says the group will be trained in disaster preparedness, immediate disaster response and long-term disaster recovery. When they’re not responding to disasters like the tornado in Marshalltown, the team will help build and repair affordable housing primarily in rural communities.

The Iowa Economic Development Authority, Alliant Energy, First Congregational Church in Marshalltown and the Corporation for National and Community Service have also committed resources to the Habitat for Humanity’s mobile response team.