You are here: Home / Human Interest / Got fancy tech on your car? Better pray it doesn’t break! 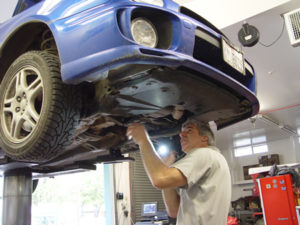 Iowans who drive cars with advanced technology are finding they’re much more expensive to repair. A study shows cars equipped with “advanced driver assistance systems” may cost twice as much to fix after crashes or even fender-benders.

Beth Mosher, at AAA-Iowa, says “high tech” features are important in preventing crashes, but they’re not cheap to replace after a wreck.

Sensors, cameras and other devices are being embedded in bumpers, side mirrors and windshields. Mosher says even minor damage might need to be fixed right away.

“Something that people think, ‘Oh, I’ve got a small chip there, I’ll get to it when I can,’ but that could really distort the camera sensor that’s behind that windshield,” Mosher says. “It could become a necessary repair instead of just something that we’ll get to when we’re able to.”

Car owners should make sure their mechanics are qualified to calibrate advanced driving systems. The study shows one in three Americans can’t afford an un-expected car repair bill, even as low as $500. Mosher says AAA has several recommendations for car owners: