You are here: Home / Agriculture / Head of EPA says E-15 will be available in summer despite concerns 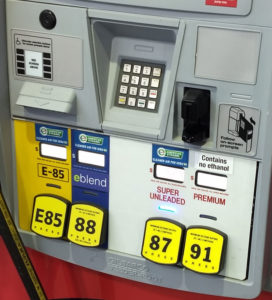 The head of the Environmental Protection Agency says U.S. drivers will have access to E15 gasoline next summer.

Acting EPA Administrator Andrew Wheeler is trying to alleviate concerns about the timeline his agency has proposed for moving to year-round sales of E15.

“We will be able to go to year-round E15 by next summer. This is a commitment by President Trump,” Wheeler said. The published agenda by the EPA shows E15 rule making will begin in February. Iowa Senator Chuck Grassley and other ethanol supporters say that timeline would make it difficult to deliver E15 for the 2019 summer driving season.

Wheeler insists the normal rulemaking process will be completed in time. “So, that does take a little bit of time but our people are already working on it and we’ll be putting out the proposal and getting those comments and then finalizing it before the driving season,” Wheeler said.

The Renewable Fuels Association has said the EPA should expedite the rulemaking process so drivers and the industry have the assurance of next summer’s E15 availability. According to Wheeler, all deadlines will be met for it to be available.