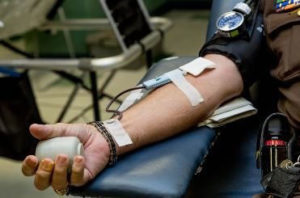 Iowans who are motivated to give blood after they hear about mass shootings have good instincts, but a study finds it’s a largely unnecessary gesture.

Study co-author Justin Nix, a criminology professor at the University of Nebraska-Omaha, says a significant amount of the blood donated after a mass casualty event — like the 2017 Las Vegas shootings — goes to waste. “About 17% of the donated blood went unused,” Nix says. “People have this altruistic desire to donate blood following an event like that, which is totally understandable, but the blood that’s going to save lives from these incidents is already on the shelves.”

The study shows individuals and communities could better handle these types of situations. First, Nix says more people need to be trained in first aid and in how to use a tourniquet to stop hemorrhaging. “We also recommend that public officials weigh the pros and cons of going in front of the media and imploring the public to donate,” Nix says. “Only do that if the blood banks have approved sending out that message.”

In the case of the Las Vegas shootings, some 500 units of blood were used that day, while donors gave nearly 800 units. It takes several days to process donated blood so a better system is needed to manage those donations so precious resources are wasted. “We need to think about how we’re going to respond to these incidents before they occur,” Nix says. “We need to encourage routine blood donations from the public. Folks who are inspired to go give blood after one of these shootings, the hospital tells them ‘We’re full and we don’t need your donations,’ well, let’s have them scheduled to come back in a month. Let’s encourage people to be more routine in giving blood.”

UNO researchers collected the data from health care, public safety and law enforcement agencies. It’s being published in the Journal of Trauma and Acute Care Surgery.