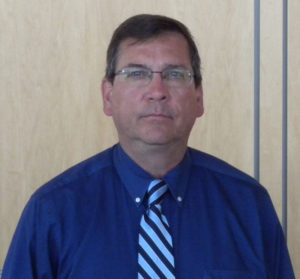 The executive director of a group which provides school safety training says districts are overlooking a key area where student deaths could be prevented.

Michael Dorn of Safe Havens International says accidents in parking lots are the biggest danger to students. “In 1998 to 2013 we had 525 people hit and killed in the parking lots, 487 died from violence — this is nationally — of those, 62 died in active shooter events,” Dorn says.

Dorn made a presentation at the Iowa Association of School Boards annual convention Wednesday in Des Moines. He says the parking lot deaths often involved one individual at a time, so they don’t get the headlines that other things do. “When you look at the data on it, we are focusing a great deal of our time, energy, money on some of the rarest — to be clear most catastrophic types of events that we can’t ignore — but even within the category of violence, nine of ten people, more than nine out of ten who are murdered, it doesn’t look like the events we see on the national news,” Dorn says. “Or if you Google school violence on the internet or social media you are going to get the rare but catastrophic, but you are going to miss most of what causes fatalities.”

Dorn says suicides accounted for 129 deaths in the same five-year time period. “Twice as many people died from suicide than at the hands of an active shooter,” Dorn says. “And suicide prevention efforts lower the risk for both. One of our more effective approaches. If you step back and look at the data what we see is a lot of schools are now very seriously out of whack with their risk profile. And we are doing a lot of things that sound good — that are very popular — but they are not tested.”

Dorn says the images of school shootings push schools to take some kind of action. “What has happened in this country in the last few years is there’s been a bit of a motive reaction to things. And we’re rolling out products and we’re rolling out training programs but people are taking the time to test them with simulation to see how they actually work and they are not doing as well as we might thin, And they can make things much more dangerous as we see.”

He says schools need to create drills that provide real experiences and teach school personnel the best way to react to situations to keep kids safe. “We go to a staff member, give them a scenario and they have to react as they would in a real event. That does a lot of things. It reinforces the empowerment of the individual employed to take lifesaving action. It lets them practice, it really makes them confront the reality that they have to be prepared and they have to learn what’s in those plans,” Dorn says. “And when you do that, you won’t get that type of complacency and boredom. Because every time we do a drill, those teachers, those custodians are saying ‘next month it could be me’.”

He talked to school board members about how they can conduct simulations that he says work. “We get tremendous affect with it and it dramatically improves the speed and reliability of decision making under stress. And very easy to do, not expensive, they don’t have to buy anything. And any school in Iowa can do this,” Dorn says.

Dorn’s bio says he is a former police officer who became a safety specialist and has traveled around the world helping organizations improve their safety.