You are here: Home / Agriculture / Iowa pork producers meet with retailers in Korea 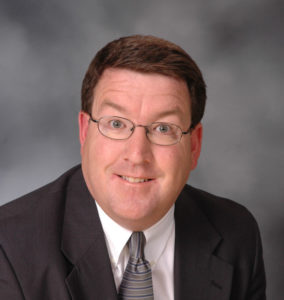 A delegation of Iowa pork producers and industry officials is now in Korea after spending several days in Japan on what’s being called a “meat mission.”

Pat McGonegle, CEO of the Iowa Pork Producers Association, spoke with Iowa reporters from Seoul and says they’ve kept a tight schedule of face-to-face talks with supermarket officials, packers and even an ambassador.

McGonegle says, “We’ve been meeting with some retailers, certainly a lot of importers, food service users of our U.S. pork product here in both countries.” Japan is the top importer of Iowa pork products and South Korea is the number-two importer. McGonegle is among nine Iowans on the trade trip and he says their message is being well received.

“U.S. product is viewed as a very high quality product,” McGonegle says. “We’re a reliable supplier and that’s been important to us but we’re also in a very competitive market. Other countries are friendly competitors, they’re taking opportunities to be as aggressive as they can be.” That marketplace aggression is expected and it’s healthy, he says.

“It’s in our nature in agriculture, when somebody competes with us, we’re going to become more competitive,” McGonegle says. “We’re being more aggressive because our competitors are being more aggressive.” Lee Schulz, a livestock economist with the Iowa State University Extension, calls South Korea the “star market” for U.S. pork, given the direction tariffs have taken trade in many areas of the world.

“We’ve seen a loss of export share to some of our major exporting destinations, being Mexico and to some degree, China, especially when you look at pork variety meats,” Schulz says. “South Korea has absorbed a lot of that additional production that’s available.” McGonegle says there’s much support in South Korea for the new trade agreement, while in Japan there’s an urgency for reaching a new accord with the U.S. for free trade. At day’s end, he says, “the image, the quality and the reliability of U.S. pork helps keep us in first place.”

The delegation is scheduled to be back in Iowa Saturday.