You are here: Home / Human Interest / Group that helps homeless in central Iowa has a new leader 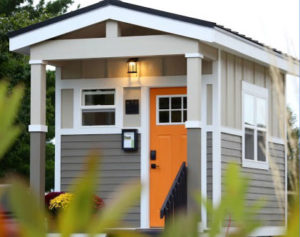 A central Iowa non-profit group that helps homeless people has a new CEO.

The new leader of Joppa is Dave Schwartz, the former owner of a brokerage firm as well as past CEO of the YMCA in Des Moines. Schwartz says he plans to use his experience to reach out to new donors.

Schwartz says, “You’ve got to build an efficiency and if we build an efficient organization, which it already is, but it can even be more so going forward, if we’re successful in doing that, I think the philanthropic dollars follow.” Schwartz says part of his job is to fundraise but another piece is combatting the stereotype of how a person becomes homeless.

“We could be a couple of decisions or life events away from that happening to us,” he says. “You lose a job, things can happen to you, and so we want to take that person who has a desire to get off the streets and provide that pathway for them.”

Joppa was founded ten years ago to provide food and clothing for the homeless in central Iowa. In recent years it has expanded to helping them transition to permanent housing and Joppa is working to create a village of so-called tiny homes.