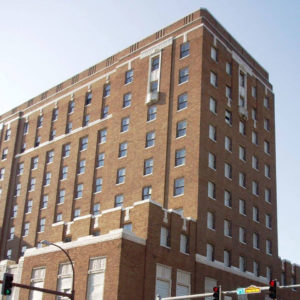 Warrior Hotel as shown on the hotel’s Facebook page.

“It’s designed to promote the retention of unique, character-defining buildings and building features that contribute to the community and the neighborhood overall,” Miller said. There were 14 applicants requesting $62 million in tax credits, but just seven projects were selected for the $23 million made available for this round of funding.

The tax credits were approved for the Warrior Hotel and one other project in Sioux City. Projects in Jefferson, Council Bluffs, Fairfield, Waterloo, and Des Moines also received tax credits.

The communities benefiting from the program plan to turn potential eye sores into hotels, museums, office and residential space.