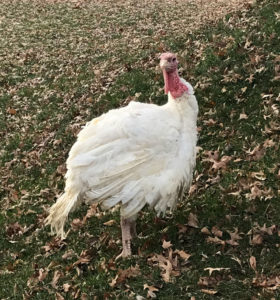 The executive director of the Iowa Turkey Federation says Iowa growers are still feeling some hang-over effects from the 2015 Avian Influenza (AI) or bird flu outbreak that saw the loss of millions of birds.

Gretta Irwin says turkey producers have been able to replenish their flocks, however the demand has been down. “That is partially just due to our lack of being able to sell some of our turkey products overseas. So whether is continues to be bans because of high path A-I from 201 — to markets just not opening up because when we had A-I they replaced turkey with other products — our industry is still trying to rebound from that and get back up on our feet.”

Iowa ranks eighth in the nation for turkey production, and fifth for turkey processing. Irwin says Iowa turkey products usually end up in fast-food deli chain stores, as opposed to the center of the table for Thanksgiving dinner. “The processing part of the industry in Iowa is really key to having a successful industry,” according to Irwin. “We have great facilities in Storm Lake Iowa and in West Liberty Iowa — and if you are stopping by a deli store like Jimmy John’s or Subway — you are enjoying an Iowa turkey.”

Irwin says the consumption of turkey has remained stagnant for the last few years. She says the turkey industry is looking at ways to build additional consumption beyond this signature turkey eating holiday. “The industry is really in need of some new product ideas and some new ways of serving turkey and sparking interest in the product again,” Irwin explains. “Yeah, it is something we work on 365 days in our industry, not just Thanksgiving, because it is a year-round protein.”