You are here: Home / Agriculture / Benefit of trade tariffs, more milk being donated to Iowa charities 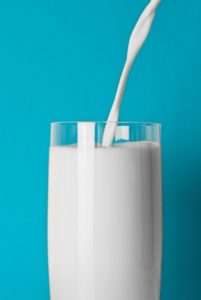 The chief supplier of food to pantries in eastern Iowa is preparing for a huge boost in donations of milk thanks to tariffs on U.S. farm products.

Mike Miller, president and CEO of the River Bend Food Bank in Davenport, says the government is buying milk that would have been sold overseas and donating it instead to food banks across the country. Miller says the problem is storage.

“This is exactly the challenge,” Miller says. “It’s so much more than we normally deal with, getting it in, making sure we clear out as much space as possible and then getting that out as quickly as possible so that people in need can get the freshest milk available.”

An estimated 100 semi loads of milk will be delivered to Iowa and Illinois between now and March. The River Bend Food Bank’s share of that will be 10% or 5,000 half-gallons per week.

Miller says even with 27 full and part-time employees, he won’t be able to handle all that milk.

“We’re pretty dependent on our volunteer groups, people that really step up to the plate,” Miller says. “There have been other foundations, other organizations that have jumped in to say, ‘We’ll help make this happen.’ This is a higher work load than we’re used to but we had to say ‘yes’ because they help hungry people in eastern Iowa and western Illinois.”

Miller calls the milk “a blessing and a challenge.”

In the future, government-purchased pork, vegetables, fruit and other products will be donated to his and other food banks across the country.