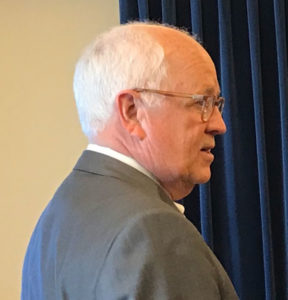 Iowa Lottery CEO Terry Rich says due to recent “jackpot runs” for Powerball and Mega Millions, Iowa Lottery sales and profits are running about a month ahead of projections.

“We’re still, per capita, are in the middle in the number of dollars spent per person,” Rich says. “You go to the east coast, it’s probably three or four times per person what they spend on lottery and gaming than what we do in Iowa.”

A recent $1.5 billion Mega Millions jackpot was won by a player in South Carolina. A woman in Redfield, Iowa, recently claimed half of a nearly $690 million jackpot for the October 27 Powerball drawing. Rich says “jackpot fatigue” is a concern, as players now expect those huge prizes.

“Used to be at $10 million we had lines out the door,” Rich says. “Now, it’s probably $400 million before even the press start taking a look at it.”

Rich delivered a financial report to the governor last week. Officials project the Iowa Lottery will submit $70 million in profits to the state treasury in the next budgeting year. About 2400 Iowa retailers sell Lottery products. Those retailers will be paid about $22 million dollars in commissions this year, according to Rich.

Despite all the chatter about the multi-state jackpot games of Powerball and Mega Millions, the Iowa Lottery consistently makes more from sales of scratch games.