You are here: Home / Agriculture / Most corn is in the bin, except for southwest Iowa 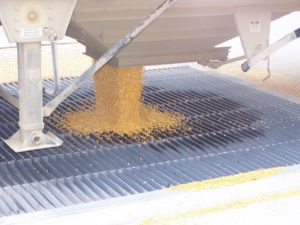 The final weekly U.S.D.A. Crop Progress and Condition report of 2018 was released Monday.

The report shows 96% of Iowa’s corn crop had been harvested as of Sunday, just ahead of a winter storm that buried parts of southern and eastern Iowa under a foot or more of snow. According to the U.S.D.A. report, 13% of corn remained in fields in southwest Iowa.

The statewide corn harvest is four days behind the five-year average. Iowa’s soybean harvest was 98% complete — 12 days behind average.