You are here: Home / Health / Medicine / Research confirms it. Not enough sleep makes you angry 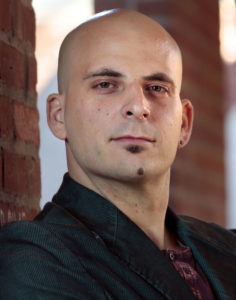 Do you get grouchy when you don’t get enough sleep? An Iowa State University study finds losing a few hours of sleep makes you angrier, especially in frustrating situations.

ISU psychology professor Zlatan Krizan had test subjects maintain or reduce their sleep patterns, then come to the lab to perform mundane tasks while listening to various levels of distracting noises. Those who changed their patterns lost about five hours of sleep over two nights.

“Individuals who followed their regular sleep routine experienced less anger and in general, less distress the second time than the first time,” Krizan says. “It makes sense. We tend to get used to annoying things over time, but those individuals who lost sleep, they did not show anything of the kind. As a matter of fact, they showed an opposite trend.”

The researchers found anger was substantially higher for those who were sleep-restricted. Although the results may seem relatively obvious, the study is one of the first to provide evidence that sleep loss causes anger. Krizan says we should all take note of the results. “If we’re getting in conflicts and we’re aware that we’re sleepy or the other person is sleepy, we should remind ourselves that the anger may not be as bad or due to personal disagreements per se, but may be amplified by these kinds of physiological factors,” Krizan says.

The study concludes that people who are sleep-restricted showed a trend toward increased anger and distress, reversing their ability to adapt to frustrating conditions over time. Krizan says no one has shown this before. “That really points to you being sleepy as a cue to you being prone to anger or potentially getting angered more easily,” Krizan says. “That’s something that we should recognize in ourselves and in others.”

Most adults need 7 to 8 hours of sleep nightly for adequate rest, but Krizan notes, studies find many of us — for whatever reason — often don’t get that much shut-eye. The research is being published in the Journal of Experimental Psychology.