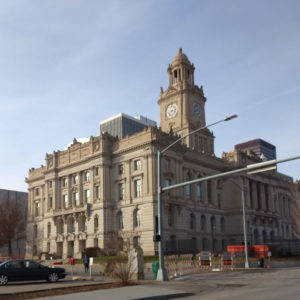 A judge could rule sometime today on whether the statewide canvas Monday should be delayed for a northeast Iowa legislative race where only nine votes separate the two candidates.

An attorney for Democrat Kayla Koehter of Decorah was granted an emergency hearing in Polk County where she requested the canvas be delayed until barcodes on 33 ballots came in late and were not counted on election day can be read. She tails in the race.

Attorney Shayla McCormally spoke after the hearing and says the barcodes could tell if the votes actually were mailed by the legal time limit. “I don’t understand the objection continually the last few weeks to not ready these barcodes. Having them counted is a separate matter. I believe if we know they were placed in the federal postal system — as per Iowa code, the day before the election — they should be counted. But as least get the information,” McCormally says.

McCormally says it is key to read the barcodes as soon as possible before the information is lost. She says the postal service says the barcodes are reused within 30 to 45 days. McCormally is hoping there are enough votes among the 33 for Koehter to win the seat away from Republican Representative Michael Bergen of Dorchester.

The Winneshiek County Auditor was not present at the hearing. Matt Gannon from the Iowa Attorney General’s Office represented the State Auditor as the hearing. Gannon says there is no hurry to stop the canvas as there is a process where the issued could be appealed to the Iowa House. McCormally says that is not a good option.

“Here’s the problem, a contested election as far as I know, a real contest hasn’t happened in decades and decades and that is a special procedure that would need to be done,” McCormally says. McCormally says delaying the canvas until the ballots can be taken from Decorah to Waterloo for the barcodes to be scanned is an easy solution to the issue and she doesn’t understand the objection to it.

Judge Scott Beattie heard both sides and said he would rule on the injunction issue as soon as possible. McCormally hopes that happens yet today. “I will say just in general a judge never knows what’s going to come his way and what he’s going to have to deal with and he knows the importance of this, so I expect that we will hear something today,” McCormally says. “I have had judges issue something on the weekends.”

Beattie says if he does not rule today he would do so Monday morning.