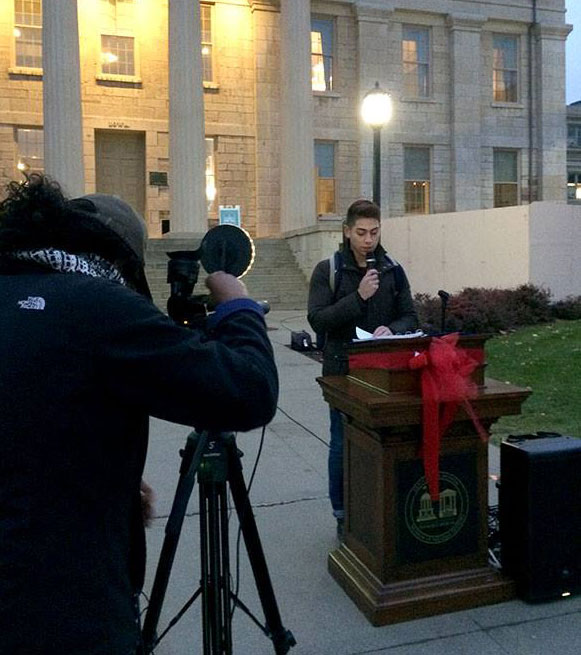 Students on the University of Iowa campus are taking part in a memorial today ahead of Saturday’s 30th anniversary of World AIDS Day.

Chelsea Higgins is executive director of the group IC RED, which helped organize the annual “reading of names” event. She told KCRG-TV 9 the names of more than 20,000 people who’ve died of AIDS and HIV-related illnesses are being read aloud. “We really just want to add names because otherwise people think HIV is just a statistic and it’s not,” Higgins said. “We want to (show) that it affects real people in real time.”

The Iowa Department of Public Health reports more than 3,000 Iowans are living with HIV, but it’s estimated about 400 of them do not know because they have never been tested.

“One in seven Americans don’t even know they have HIV and over 1.1 million Americans have it,” Higgins told KCRG. “So, as you can see, it’s really crucial…it doesn’t discriminate if you’re lesser or higher risk, you really need to get tested just to be sure.” Getting tested is crucial, according to Higgins, because people detected with HIV can still expect to live a fairly normal life.

“It is a very treatable disease,” Higgins said. “There is no cure, but you can expect to see a very long, healthy life.” Volunteers started the recitation of names on the steps of the Old Capitol in Iowa City at sunrise this morning.

The memorial is expected to continue through early this evening.