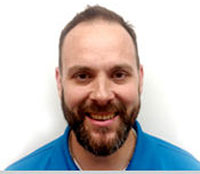 A businessman in southwest Iowa is seeking a special gift this holiday — a kidney.

Zac Denton, who manages the Sapp Brothers Travel Center in Percival, has stage 3 kidney disease. Doctors say only two things will keep him alive: dialysis or a transplant. Denton is on a waiting list for a kidney transplant and estimates about 150,000 other people are on that same list.

“There’s that many people who are waiting for a kidney,” Denton says. “So, I’m one of many that are in a particular situation. Unfortunately, there’s just not enough organs to go around. Every year, I have to re-up on the list and make sure I’m physically capable of going through with that sort of surgery and that I continue to qualify to be on that list.” About a year ago, Denton entered the University of Nebraska Medical Center’s transplant evaluation process, in the hopes of finding a donor.

“On any given moment, between now and when a kidney is found for me, a phone call could be made,” Denton says. “At that point, from my understanding, I have 15 minutes to decide if I choose to take that kidney that’s available for me at that time, and then I have an hour to make it into Omaha to be prepared for surgery.”

While dialysis will keep him alive, Denton’s kidney function is down to less than five-percent. That’s why Denton, who lives in Papillion, Nebraska, urges people to consider organ donations — not only for him, but for others in need, as well.

“I was in fairly good health prior to this,” he says. “It can effect anybody. Get checked out. Don’t be stubborn. Most guys typically don’t like going to see the doctor. If there’s signs you’re not feeling well and there’s something wrong, you should probably get it checked out.” Anyone can join the hospital’s Living Donor Team. Fill out a questionnaire at https://secure.nebraskamed.com/livingdonor.