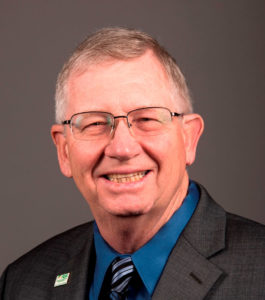 The Iowan who leads the American Soybean Association is cautiously optimistic about word of negotiations ramping-up between the U.S. and China.

John Heisdorffer, of Keota, says a resolution to the trade war would brighten the holidays for America’s farmers. “It’s a great Christmas present for soybean farmers if we can immediately, like (the agreement) said…have agricultural products bought by China,” Heisdorffer said. Iowa is the nation’s second-leading grower of soybeans and the trade war has hit producers hard.

“This bean market has been floored out and doesn’t want to move up,” Heisdorffer said. Soybean prices surged Monday following news of the temporary trade truce between the U.S. and China in which Beijing agreed to buy more American ag products.

The White House reports the two countries have agreed to hold off on additional tariffs on each other’s goods for 90 days, starting in January, giving both countries more time to resolve the trade dispute. According to Heisdorffer, this is critical time for soybean producers.

“This is where we usually pick up a lot of market, so it will be a wonderful time for negotiations to happen,” Heisdorffer said. “Let’s get these U.S. soybeans rolling back to China.” China implemented a 25% tariff on soybeans coming from the U.S earlier this year.

Heisdorffer made his comments Monday in an interview with Brownfield Ag News.