You are here: Home / News / Young to review ‘forensic audit’ of election results before making ’20 decision 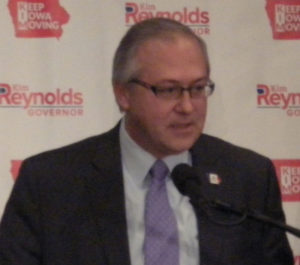 Republican David Young of Van Meter plans to review all the data he can from the 2018 election results before deciding whether to run again for congress.

“Anybody anywhere in the country who was just defeated should do a forensic audit, look at the numbers, look at what happened and not make any kind of emotional decision right away, but take some time and also just see what other kind of opportunities are out there,” Young told Radio Iowa Monday afternoon. “No doors are closed.”

Young is still a voting member of congress until the end of the year.

“The work is not over and so I need to get back to DC and finish out the session strong,” Young told Radio Iowa.

Young indicated votes on the Farm Bill and federal spending are at the top of the docket when congress returns. This week’s congressional votes were postponed, due to observances in the capitol to honor former President George H.W. Bush. Young’s first job in politics was as one of two paid staffers working on Bush’s 1992 reelection campaign in Iowa.

“That’s where I kind of cut my teeth on politics and ever since then have been motivated to stay involved in the service aspect of it, really,” Young told Radio Iowa. “Campaigns are necessary, very necessary because you want to make sure people have a choice in who serves them, but I like the public policy angle. I’m kind of a wonk in that sense.”

Young has never missed a vote in a House committee or on the House floor. Three bills sponsored by Young have become law, including one which dealt with deficiencies in the suicide prevention hotline for veterans.