You are here: Home / News / Actor who grew up in Norwalk to host Saturday Night Live 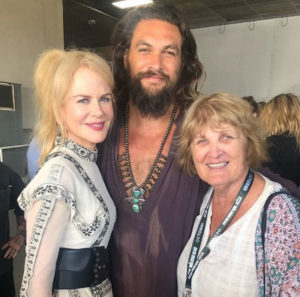 Momoa posted this pic to Twitter with his mom, Coni, and fellow Aquaman star Nicole Kidman.

A Hollywood actor raised in Iowa will be hosting Saturday Night Live this weekend.

Jason Momoa, who was born in Hawaii but grew up in Norwalk (Iowa), is the star of the movie Aquaman – set for release in theaters December 21st.

The 39-year-old Momoa, in an appearance this week on ABC’s Good Morning America, said hosting SNL ranks among his greatest achievements. “That’s my ultimate – it’s: marry my wife, have some babies and then SNL,” Momoa said. “I’m living the dream.”

Momoa is married to actress Lisa Bonet. They have two children together. Momoa told Good Morning America he “connected” with the title character in Aquaman, in part, because of his upbringing in Iowa.

“I come from the west side of Hawaii…and I come from Iowa, basically where Bridges of Madison County was made, a very small town. Those are two different worlds that don’t really know much about each other,” Momoa explained.

The hosts of Good Morning America surprised the actor by showing a picture of Momoa when he was a junior at Norwalk High School. Momoa also talked about what he called a “very surreal” moment, seeing his wax figure 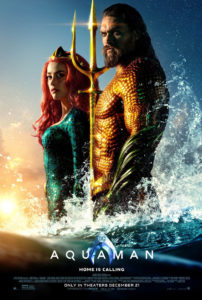 “I would maybe make my forehead less like a caveman. Just push it in a little bit,” he joked. Momoa rose to fame for his role as the warrior chief Khal Drogo in the first season of Game of Thrones.