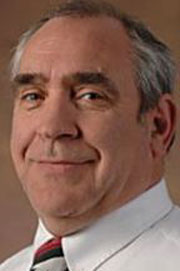 David Miller, the IFB’s director of research, notes – – unlike other countries — Mexican trade officials did not target agricultural products when retaliating to U.S. steel and aluminum tariffs. “I’ll call it normal course relative to corn imports, and pork and beef trade with Mexico has remained solid,” Miller said. “So, Mexico has remained a very good agricultural product importer and trade partner with us, and I think us with them.”

Speaking this week to Brownfield Ag News at the Iowa Farm Bureau’s annual meeting in Des Moines, Miller said he wishes that would’ve been the model for other countries involved in trade disputes with the U.S.

“That you would not be moved to use food and agriculture products as the retaliatory products,” Miller said. Miller was quick to point out China did retaliate on U.S. food and ag products and that Mexico has done so in the past. He added it’s “refreshing” that, for the most part, the U.S., Canada and Mexico have kept food out of the tariff dispute.