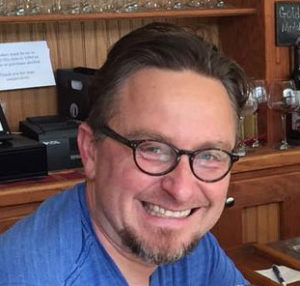 A part-time Iowan who lives in northern California much of the year reports he’s safe after that state’s deadliest and most destructive wildfire is finally out.

Mathew Teague-Miller lives and works at Chico State University, about 15 miles from Paradise, a town that was wiped off the map by the fire. Teague-Miller says he’s doing much better than many others. “For me to talk about how the air quality was bad and I lived with my mom for a couple of weeks,” he says, “that’s small potatoes compared with many of the people I work on a daily basis who literally don’t have homes anymore.”

Teague-Miller has spent the past several summers as the artistic director of the Clinton Area Showboat Theater. Since the town of Paradise essentially doesn’t exist anymore, he says the impact is being felt in Chico in multiple ways. Many Paradise residents are living in RVs or tents in Chico. “What homes are for rent or for sale, people are getting into bidding wars for these houses and offering way more than the asking price so they can try to find a place to live,” he says.

While the national media have left the area now, Teague-Miller says he hopes he can help people back in Iowa to realize it’s “real people” impacted by the wildfires. “People just like our Clinton folk except Californians that lost everything,” Teague-Miller says. “It was devastating. I mean, the town is gone. The town that’s just a short drive from my front door.”