You are here: Home / Education / Report says $130,000 spent in Waukee schools not in taxpayers’ best interest 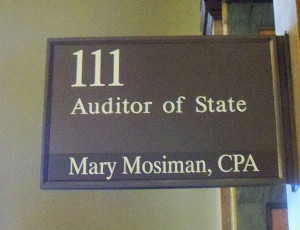 A special investigation by the state auditor’s office has identified $130,000 in spending in a central Iowa school district that was “not in the best interest of taxpayers.”

Auditors reviewed three-and-a-half years worth of records, flagging nearly $28,000 spent on furniture for the superintendent’s office as well as $83,000 spent on out-of-state retreats for school administrators. The report also questions why the district spent tens of thousands of dollars on meals at several restaurants in the Des Moines area.

State auditors say Eric Rose, the district’s chief operating officer, improperly used a snow blower, fan and dehumidifier from the district at his own home for extended periods. Auditors also concluded Rose let his son and a friend on the baseball team use his access card, so they could get into the district’s locked batting facility on evenings and weekends.

A previous audit done by a private firm came to many of the same conclusions, but the county attorney announced last year there was insufficient evidence for a conviction and no charges were filed against Rose. He remains the district’s chief operating officer.

The state auditor’s report also notes that since the Waukee district recently made budget cuts, it is “not clear” why top administrators were getting large raises “without a promotion or significant increase in duties.” The district has paid about a million dollars to settle two lawsuits. The auditor’s report says those lawsuits “are further evidence of the unfavorable environment and working conditions” in Waukee schools.