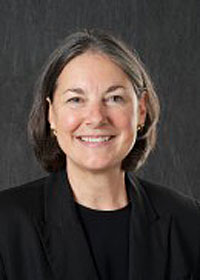 A University of Iowa study finds rural hospitals that use telemedicine in their emergency rooms save money and find it easier to recruit new physicians.

The study’s author is Marcia Ward, a professor of health management and policy in the U-I College of Public Health. Ward says telemedicine technology is advancing quickly through the use of high-definition cameras and the latest critical communications gear. “There’s a red button on the wall and even if the nurses know an ambulance is arriving, they’ll hit that red button,” Ward says, “and within a matter of a minute or two, they’re connected to a specialist, an emergency department specialist.”

U-I researchers analyzed data from 19 rural hospitals in the Sioux Falls, South Dakota-based Avera Health hub-and-spoke network. The “spoke” hospitals were located in Iowa, Minnesota, North Dakota, South Dakota and Nebraska. The experts at the “hub” who are tapped to help in emergency room settings weren’t in some other region of the country, they’re part of the local network and they’ve visited the hospitals in person.”They know the staff by name, they have ongoing communication and education with them and they know what’s in the storage cabinets,” Ward says. “So, they’ll say, ‘Okay, please, start a drip and that’s in Drawer #3, pull out the whatever,’ and they’ll guide them through it.”

Ward says many rural hospitals can’t staff their ERs with doctors who are trained in emergency medicine, so the use of telemedicine can be an enormous plus and a literal lifesaver.

“Imagine a scenario where there’s a car accident and there’s several people injured in the middle of the night,” Ward says. “In a small hospital, it’s going to be a family physician who may rarely see really severe injuries.”

The U-I report found hospitals that switched to tele-ER services found it easier to recruit new physicians because they could offer a better work-life balance, since the doctor wouldn’t have to cover an ER shift. Ward says the model gives doctors more downtime, reducing burnout and increasing retention. Some rural residents — the patients — are hesitant to adapt to telemedicine, she says, at least until they need it.

“People love the convenience. Once they try it out, it feels comfortable to them,” Ward says. “Overwhelmingly, 90-plus percent of patients say once they get used to it, yes, they like it. There’s a lot of research that shows for certain uses, they like it more than in person.”

The report finds rural hospitals which switched to telemedicine to back-up their ERs saved an average of $117,000 a year in health care provider costs. Also, rural hospitals that continued to staff their ERs with on-site or on-call physicians saw an average increase of $138,000 in annual provider compensation costs. The study was published in the December issue of the journal Health Affairs.